You are here: Home>Exhibition>Alms Bags

Within the archive collections we have fascinating glimpses into just how the look of our Alms Bags came to be and the involvement of Sir Edward Maufe.

We have a collection of Alms Bags patterns within the archive collection and they depict the various different religious symbols and iconography. Some of the designs are very simple black and white drawings like the one below: 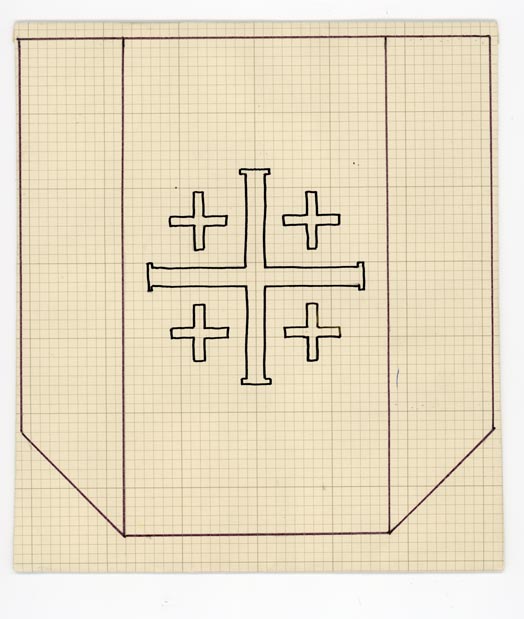 Some of the designs are more detailed coloured drawings like the one below: 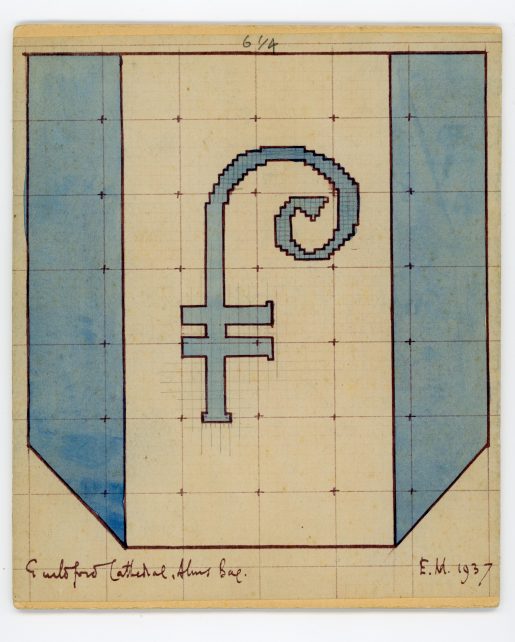 And those readers with keen eyesight will spot that there is some text at the bottom of the design.  It reads:

The E.M in question is indeed Sir Edward Maufe proving that he was involved in designing the look of our Alms Bags.  To have such tangible evidence of how much he was involved on features that wouldn’t ordinarily be labelled at architecture is a fascinating thing.